Long Ladder media is the creation of Kevin Kent and Chris Lord, based out of Calgary, AB, Canada. They aim to create small, engaging projects that come out of left field. 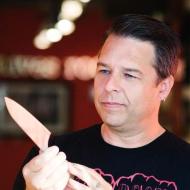 Knifewear and Kent of Inglewood owner and president Kevin Kent’s fascination with handcrafted Japanese knives began while he was working as sous-chef for the legendary chef Fergus Henderson at St. John restaurant in London, England. Back in Canada in 2007 he began selling them out of a backpack from the back of his bicycle, while working as a chef in Calgary. Follow Kevin on Twitter at @knifenerd and if you meet him in person, ask him to tell you his Lou Reed story. 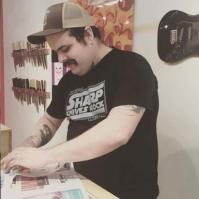 Chris is a relocated Maritimer that can be found slinking in and out the back doors of Ottawa’s restaurants, often with his daughter in tow. Chris has been a fixture in the Ottawa food scene for the past 10 years and has recently laid down his apron to learn the ways of Knifewear. Chris loves cooking big pieces of meat over a live fire and spends his summer feeding wood into his BBQ, Lemmy Smoke-mister.